The state of things today. 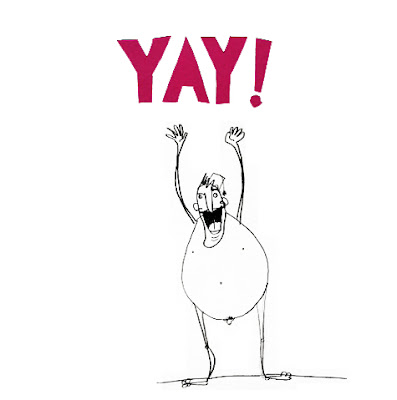 Good afternoon all. A few things i should probably mention that are happening in my corner of the world right now.

Solipsistic pop! I haven't mentioned this yet because I am rubbish. But my sometimes-drinking-buddy and all-round Lovely Fellow Tom Humberstone is releasing an anthology of beautiful comics and ramblings from various creators. It's going to be really good. I have submitted a little copy of my nose zine to go in the back of each issue (there's another one too, but that one goes in the front cover. So yeah), but the artists and writers who have contributed to the rest of the book are very talented, so you should definitely take a look. Previews and news about the publication are up on its website.

Animation stuff is still poddling along nicely. Have been looking for work experience over the last few weeks (lots of suggestions of contacts, etc. from people so hopefully something will come of it soon). I still have a long way to go before I'm good at making things move, but I enjoy it, and I'm getting better every day, so hooray for that. Anyway, here's another lipsynch test (I managed to kick the tripod whilst taking the pictures ... so it's a bit crap. But it's up because youtube is being used as my moving sketchbook at the moment ... and the mask thing interests me [/excuse]) and a short, crude showreel showing the results of various bits and bobs I have been doing over the last year. A better showreel when there is more footage.


Apart from test animations, I've been keeping my hand-in with the drawing side of stuff by filling my sketchbook with various daubs and doodles. I've been trying to stay away from my more conventional methods of designing characters/stuff by focusing - at least initially - on a more loose, playful line in my work (kind of like with the beard book faces) ... taking a shape and then squishing a character to fit it, or just quickly roughing out variations on a theme, etc. It's been kind of fun, and it's helping me accept a more playful aesthetic into my work. Trying to take a leaf out of Saul Steinberg's metaphorical book. 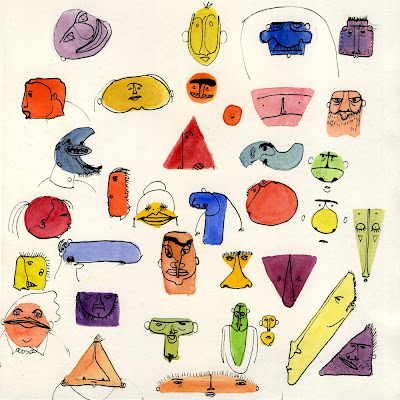 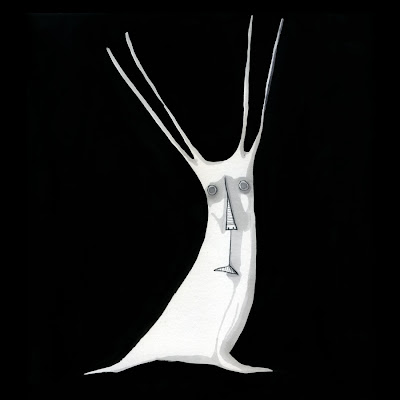 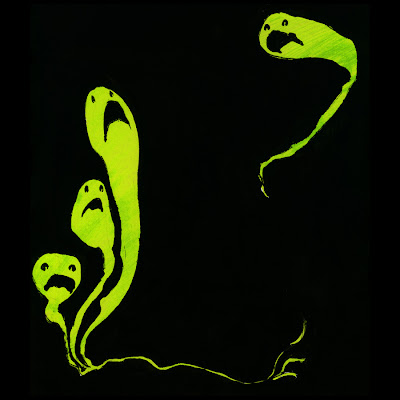 The last two are the result of a ridiculous spooky stuff and Sally Cruikshank binge I have been having recently.

Sally is an animator whose work was featured rather a lot in the sesame street of the late eighties/nineties (when I was watching it the first time around). She has uploaded quite a lot of her work to youtube and her channel is worth having a look at:


Other than that, I am officially back in university as of Monday.
Posted by Sarah Gordon at 14:20 No comments: