So Thought Bubble is this weekend. This pleases me!

So this is how it's going to go down: 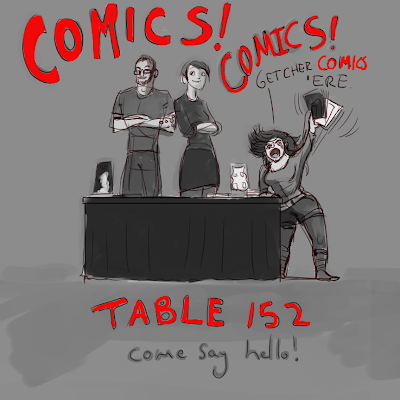 So, as I have mentioned before, I'll be there with Howard Hardiman (left) and Julia Scheele (centre), generally working as a booth bitch but also promoting/selling/waxing lyrical our new Comic The Peckham Invalids, which I have already mentioned about a million times over the last few weeks so I won't bore you with more blurb about that.

As you can see from the very accurate rendering above I am the one who brings a touch of classiness to this situation. You can also see that we will be on table 152, which is on the main drag in Saviles Hall, shacked-up next to Time Bomb Comics and Rembrand Le Compte, opposite the Self Made Hero stand.

Obviously there's lots more to see at TB than just us. Particular highlights include Marc Ellerby's stall, where he will be dishing out the latest (colour special!) instalment of Chloe Noonan, and Tom Humberstone's pitch where he will have many many copies of Solipsistic Pop 4 for sale (it's very good. There was a lot of furious dancing at its launch party. This is always a sign of a superior publication in my humble opinion). Lizz Lunney will also have her brand new book about Depressed Cat there, which I am really looking forward to getting hold of. All in all it's going to be pretty damn great comics-buying territory.

So, uh. Yes. Hopefully see you there over the next few days.
Posted by Sarah Gordon at 16:09 2 comments: 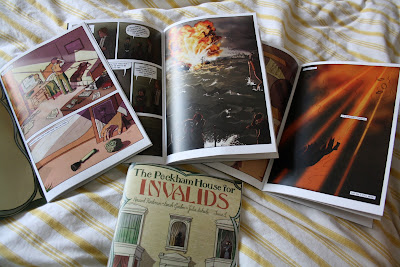 Look what rocked-up to my front door this afternoon! Bad news: I burnt my lunch whilst I was helping to lug it out of the van. Good news: COMIC LOOKS AMAZING! It's pretty damn lush even if I do say so myself (which I do on this occasion).

So, we're going to be at Thought Bubble in Leeds with this thing this weekend*. You ought to come and say hello if you are free/in the country.

And now a really quick clowncasian sketch. A result of rediscovering dAmuro on, er. Deviantart. 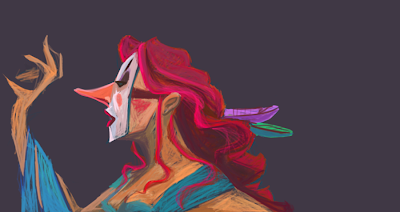 Did I mention I have an account over there? I do. Not a very active one ... but if you're there you should give me a shout!


*I am there purely in a Peckham Invalids/assisting Howard Hardiman capacity this time ... next year I'll have some of my own stuff up for grabs. I promise.
Posted by Sarah Gordon at 16:00 No comments:

The Peckham Invalids Available to Pre-Order and Stuff 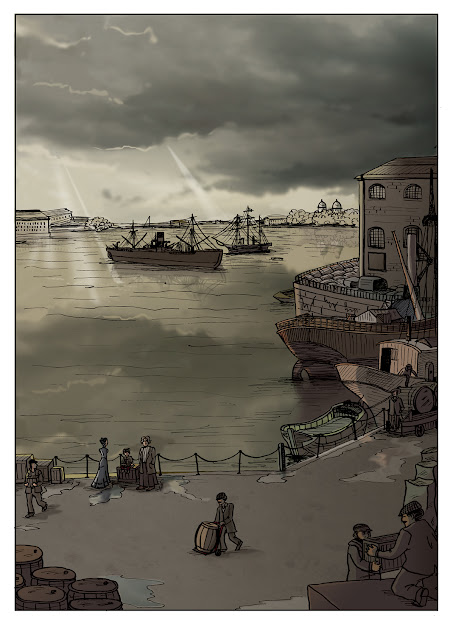 So! So. The first Issue of The Peckham Invalids went off to the printers this morning, just a little bit before elevenses. Obviously I am rather excited about this because apart from some stuff I've done for We Are Words and Pictures, this is more or less the first thing I've got in print. Or at least it's the first thing I haven't photocopied together in the college library when I should have been writing essays or animating stuff. Anyway.

For my part, it's also been a great opportunity to actually try colouring something fully. Going beyond just spot-colour or blocking which is more akin to printmaking than painting. A lot of the larger panels in this comic I've been treating a little like oil paintings (a medium I bloody love but rarely get to muck about with these days). I hope that if you get your mitts on a copy you'll be able to see how much fun I've had with those larger layouts.

Evidently my involvement in The Peckham Invalids is going to be long-term colour-wise. It also looks like I'll be taking on board writing one or two of the origin stories we have planned for the characters. I daresay I'll be doing my fair share of doodling for it too, which (as you know) I quite like doing.

For more information about the project, please head over to The Peckham Invalids website, where (as I think I mentioned before) you can take a look at some preview pages, read about the characters and even pre-order a copy should you feel so inclined.
Posted by Sarah Gordon at 16:04 No comments: