Couple of weeks to go before (all going well) the next issue of The Peckham Invalids is out. Set before the pilot episode, this story takes a look at the family life of Emily Downings, our deaf heroine with an alarmingly strong grip and super fast speed. It also explains how she came to life at The House on the Rye (something we didn't really touch on with the last taster).

Here's a couple of images to whet your appetite: 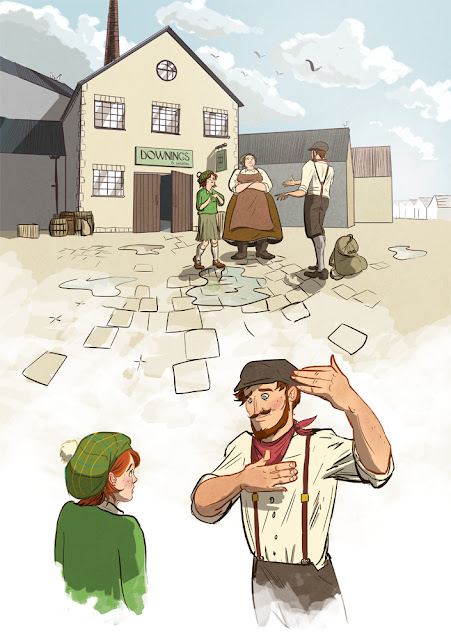 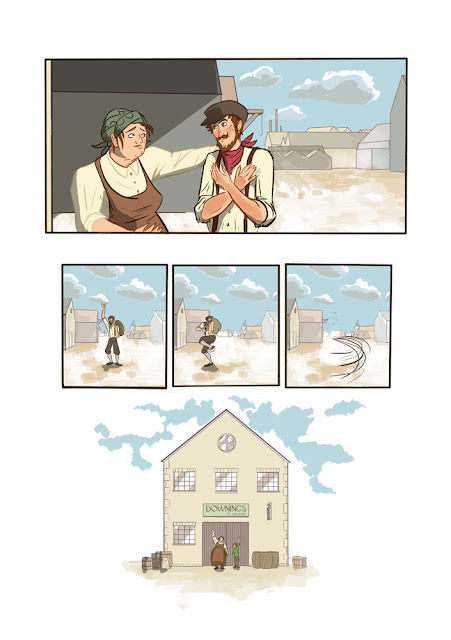 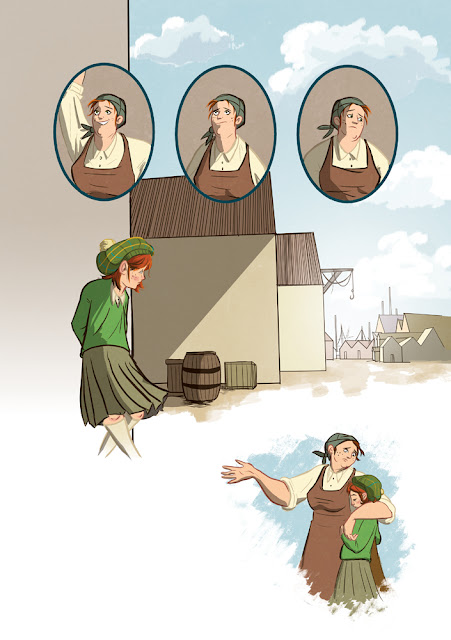 Um. So, as you might have noticed, it's "all me own work", so to speak. This is largely because Julia is super-busy with other things right now (more work from her coming in the future), but she's currently putting the finishing touches on the comic cover, which should be a treat to see!

I've also sort of co-written this one with Howard (his idea and scenario, my practical nuts and bolts and fleshings-out, with utterances from both of us throughout and tweaking by him), so am really, really hoping that everyone likes it. It's my first serious attempt at scripting and drawing something so large for print (32 pages, cover to cover). It's been a learning curve and a half. Not least because of all the sign language I'm picking up along the way (both of Emily's parents are also profoundly deaf).

Again, all going well, this will be first of a series of stories properly introducing everyone to the Good Guys, the Bad Guys, and the world that has been infesting the imaginations of Howard, Julia and myself for a good eighteen months now. It's such ridiculously good fun in there. I hope you're all going to like it too!